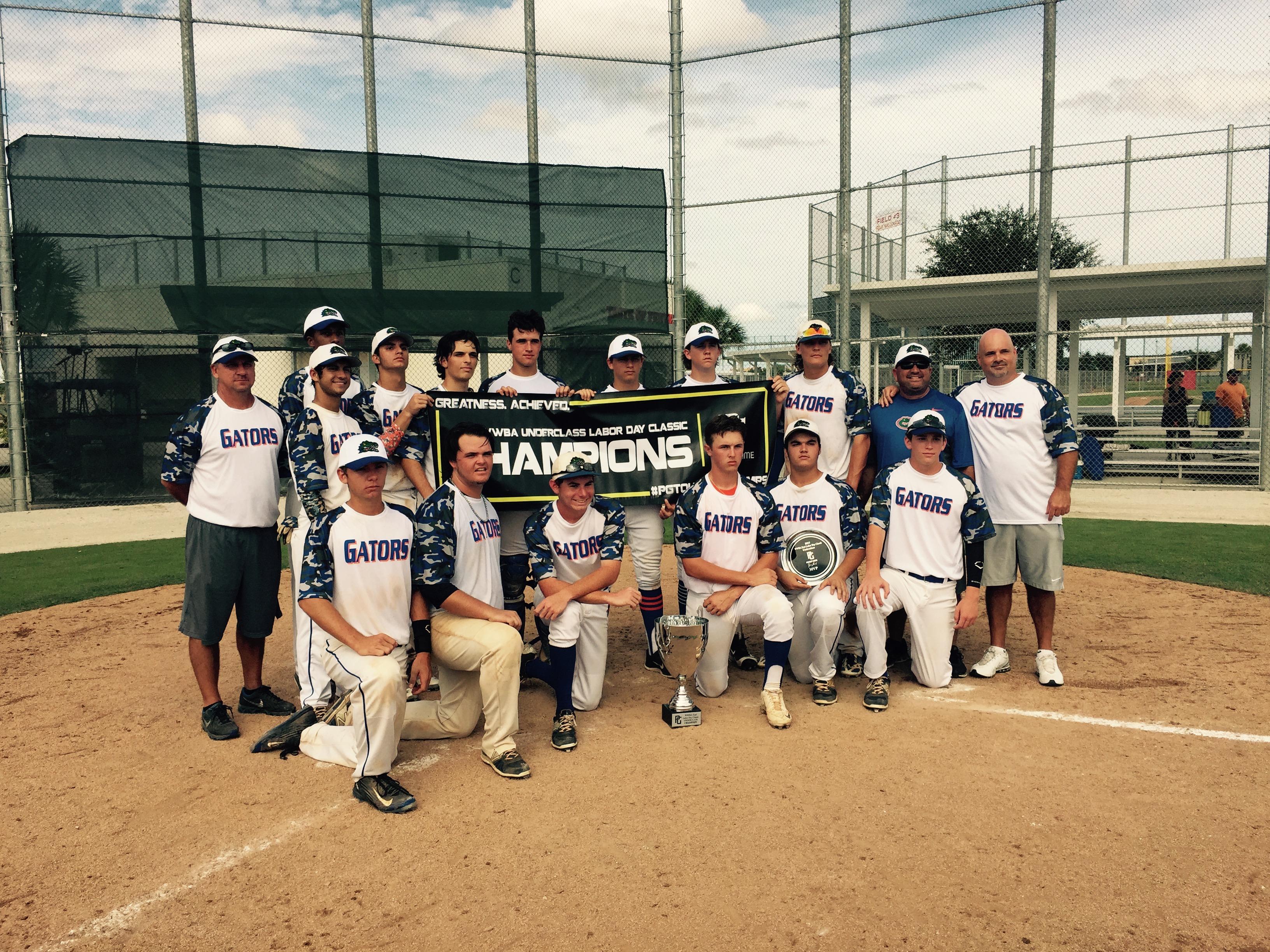 The game started off slowly as both teams were unable to score off the opposing starters, but things picked up in the bottom of the third inning. Christian Docobo worked a leadoff walk then came around to score from second on a fielding error to plate the game’s first run. Matthew Lewis chipped in with an RBI single and that gave the Gators a 2-0 lead.

TBSA came back quickly. A pair of base hits from Ivan Rodriguez and Alexander Venetos set the stage for a two-run single from Josh Strickland that tied the game, 2-2.

The back-and-forth game continued in the bottom of the fourth when Jacob Baker came to the plate with the bases loaded and drew a walk to break the tie. Docobo came back up to the plate and delivered a two-run single that extended the Gators’ lead to 5-2.

“We started out slow typically, but always bring the defense and pitching, it’s our backbone really,” Gators Head Coach Danny Rodriguez said. “We have been together awhile and are comfortable here and play here often.”

Ryan Glass took home MVP honors for the Gators going 5-for-13 (.385) at the plate with a pair of doubles, an RBI and a stolen base. He also impressed on the mound, earning his team a win in four shutout innings with two strikeouts.