Hi, my name is Bradley Hession and I’m very excited to be joining the CG family as a coach this summer. I am a former Steinbrenner High School graduate and 2016 State Champion. After graduating high school, I played 2 years of Junior College baseball at Pasco-Hernando State College and 3 years at Florida A&M University. I played for Coach Danny and the Carrollwood Gators in high school and throughout college so I’m really looking forward to coaching for such an established organization.

Let’s get to work! 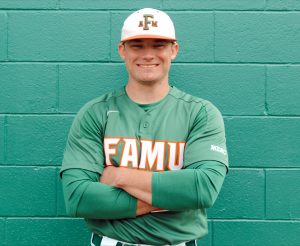 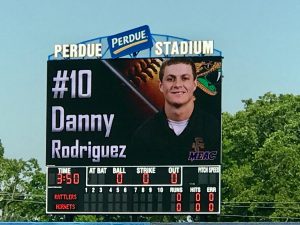 My name is Danny Rodriguez, I played baseball from the age of 3 all the way up until I was 24. From 2009-2013 I attended Steinbrenner high school where I played my junior and senior year on varsity. My senior year I hit .437 and helped our team finish with a 24-3 record as our starting shortstop.

While attending Pasco Hernando State College my freshman and sophomore season (2013-2015) I was primarily a starting pitcher. Over two seasons I pitched over 220 innings and held a 21-9 record with a combined era for the two seasons just over 2.00. Some of my accomplishments that I earned there include becoming the total wins leader in school history and throwing the teams only no hitter in the schools 27 year existence. I also helped lead our team my freshman year to the Junior College World Series where we placed 4th in the nation. After Pasco I attended Florida A&M University (FAMU) on a full baseball scholarship from 2015-2017. I pitched for FAMU most of my junior year and senior year, but ended up as our starting shortstop for the majority of my senior season. After college I spent one year playing Independent baseball in California in the Pacific association with the San Rafael Pacifics before hanging up the cleats and becoming a coach for the CG Prospects.

I am excited to help the young athletes of this well established organization grow their talents and become better men on and off of the field.